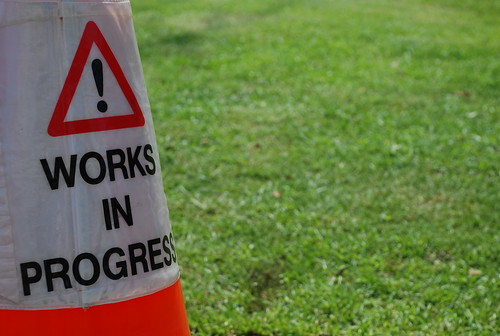 In honor of Labor Day, let’s talk about work a little bit. (What, you thought I’d take the day off?) 🙂

I’m not talking about crap-I-have-to-go-to-the-office work. I’m talking about work in your studio, work that you (hopefully) love.

Do you ever get paid for your recording skills? Do you ever charge your clients? Perhaps you don’t, but you’d like to. Or maybe you’ve started charging for a few projects here and there, but you really don’t know where to start.

Let me see if I can help.

I’m not going to tell you how much you should be charging. There are so many variables that come into play, there’s really no way for me to set a definitive “rule” for you to follow. However, I can give you some guidelines for how to think about charging for your work, along with some different ways to go about it.

But before I talk about that, let me just say this. There’s nothing wrong with making money from your talents. If you are legitimately good at what you do, if you can get a decent-sounding recording, then you shouldn’t feel weird about asking for money in exchange for that service.

When I first sold a training video here on HSC, I was a little freaked out. What if everyone gets offended that I dare ask for money? Guess what? If you provide something valuable, people will pay for it.

Is that singer-songwriter capable of recording his own music and making it sound good? No? Can you do that? That’s valuable.

How much you charge, well, that’s up to you. I would experiment. Start low-ish and work your way up.

Paid by the hour

Initially you’ll think about charging by the hour. 4-hour session at $10 an hour is $40 bucks. That’s fine, and it might be a good way to get started, but I would encourage you to move away from this as much as you can.

I still do the occasional hourly gig, but it’s become more rare. Why? Because I personally think there’s something inherently wrong with an hourly wage. That may be why I’ve never had a “salaried” job. I’ve always been paid for selling stuff. My income was dependent on results, not how much time I spent.

Back at Sweetwater, if I spent 6 hours putting together a recording system for a client, and he bought it at another store, I didn’t get paid for those 20 hours. I think that’s fair. I’d rather get paid for results than time. And that’s how you should probably view your recording gigs.

Paid by the project

Here’s what I try to do whenever I can. I charge by the project. You want me to mix an album for you? Okay, that’ll be X dollars per song.

Why do this? Because it gives the client an absolute number they can work with. If I tell them “It’ll probably be 4-5 hours per song,” and it turns out to be more like 7-8 hours per song, and I’m charging them by the hour, I’ve essentially DOUBLED their cost.

The alternative is to realistically assess how long it will take for you to do a specific project. Come up with a fairly worse-case scenario, then charge for that amount of time.

For example, it usually takes me around 4 hours to mix a song. So I figure what my desired “hourly” rate would be for 4 hours and charge that as my per-song rate. You see what I’ve done now? Now if I can get that song mixed in 2 hours instead of 4, I’m making twice as much per hour. The client is happy, because I still turned in good work, and I’m happy because I was able to work more efficiently and get paid for my work, not my time.

What do you think? I really want to know. Leave a comment below.