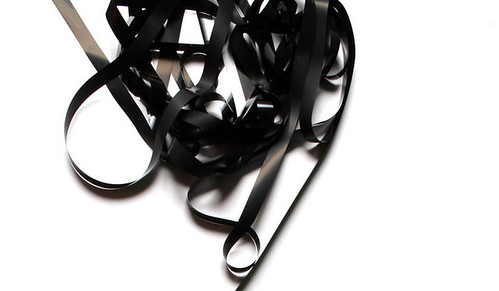 This is Part 1 of a two-part series by UK mastering engineer Ian Shepherd, who runs Mastering Media and the Production Advice website.

Despite what anyone tells you, you can master your own music at home – with plenty of time and effort. There are a lot of places to go wrong though, so this post aims to help you avoid some of the most common pitfalls.

1. Tracks are matched, not balanced

People often talk about “matching” levels and EQ in mastering – that’s not what it’s about.

If you match all the levels and EQ, everything will sound the same ! Your goal should be to balance them instead – so that the loud stuff kicks, the soft stuff is sweet, but at the same time everything hangs together.

Aim for consistency but not uniformity.

We’ve all been there – you spend hours working on your songs, finally burn a CD and head out to crank it up in the car – and it suddenly sounds boomy, dull and muffled. Why ?

It’s because even though you’ve balanced the EQ and levels from song-to-song in the studio, the overall EQ itself needs to be balanced in comparison to everything else that’s out there in the “real world”.

If the overall sound lacks top in comparison to most other music, people will think it sounds dull, even if it sounds great in the studio. This is one of the major advantages mastering can bring – the right overall EQ balance will allow the music to “translate” well between the widest range of replay systems.

To achieve this, your monitoring needs to be accurate, and probably the room will need some acoustic treatment – or, maybe a great pair of headphones will work for you. Most of us can’t afford a dedicated mastering room or monitors though, so here’s the next best thing:

(It’s a mixing tip, but works for mastering, too !)

You’ve heard all about the Loudness Wars before, so I won’t spend much time on it here – but if loudness is your goal, this post will help:

How to make your music loud (without killing it stone dead)

Too much compression is a different thing, though – your music could be heavily compressed, even if the overall level isn’t that high. Don’t get me wrong, I love compression and for many genres it’s an essential part of the sound – but make sure you don’t overdo it by mistake – only on purpose : ) How can you tell the difference ?

How to avoid over-compresssing your mix

If you followed those last links you’ll have spotted that I’m not a big fan of over-compression! Having too little can be just as bad, though. If the dynamics of your song are too wide, then the loud stuff will blare out at you, and the quiet moments will get lost in the background.

Before you reach for the SSL buss compressor though, think through the alternatives – automation and gain-riding, parallel compression or some tasteful multiband compression might give a better result.

All the points so far have been about getting the right balance between the different elements of the songs – that’s what mastering is, really. I always think of it as like finding the “centre of gravity” for an album – a common thread or line running through all the songs, leading you from one to the next, telling a story.

Which means you have to have your eye on the “big picture”.

Hopefully the songs are already sequenced in a satisfying order, with some variety and contrast, some ebb and flow – mastering is the stage where you can make sure this works and tweak it to perfection.

So keep flicking back and forth between different songs, comparing each one to all the others. Track Two might have sounded great when you worked on it, but maybe now you’ve heard the finished versions of four, five and six it suddenly sounds too big, too soon – Track Nine is meant to be the high-point.

Keep an eye on the overall shape of the album, and keep adjusting the levels and EQ to suit.

That’s it for part 1. Come back tomorrow for part 2. Also, leave a comment below with any questions on these first 5 mistakes.

A big part of mastering is multi-band compression, if you want to learn more about it from Ian himself, check out a free video we put together at www.multibandcompression.com.