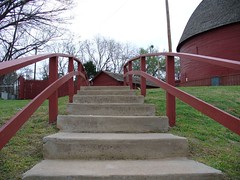 Last week I asked what YOUR steps are for recording a song. Thanks to everyone who chimed in. There were a lot of great responses (and yes, I read every one of them). 🙂

Over the next week or so, I want to share with you the steps that I take to record a song from start to finish. This may seem very elementary to you, but I’m convinced that taking a big picture approach to recording is one of the best ways to make sure you actually finish your projects.

I get lots of email from a lot of great home studio folks like yourself. One common theme comes up. People love tinkering with studio toys, but the vast majority don’t actually finish their songs.

This makes me sad, because finishing a project is one of the BEST learning experiences out there. If you’re not finishing, you’re probably not learning a whole lot.

That’s why I want to take several days to really get back to the basics and focus on the 5 steps to recording a song.

Nothing earth-shattering, right? Maybe you though the list would be longer? Shorter? The point here is that everything you do when recording a song can be placed in one of these 5 categories.

Working on the arrangement? Pre-production. Playing around with MIDI parts? Recording (or maybe Editing). You may only barely do some of these steps in the process, but generally EVERY song you work on will need to touch each of these steps before you can call it done.

Why list them out like this? Because I know how easy it is to become overwhelmed. David O., one of my long-time readers here on HSC, put it this way in his comment on last week’s blog post:

My biggest hurdle to the recording process is that I get lazy halfway through. I currently have about 10 songs in various stages of completion.

He goes on to mention how he needs to be motivated to go through his step-by-step process.

THAT’S what I’m trying to tap into here. Do your recording projects seem like insurmountable piles of work? Are you overwhelmed by all the stuff you need to do to complete just one song? I get it. I’ve been there, too.

And when I’m in that state of holy-crap-there-so-much-to-do-I-don’t-even-know-where-to-start-so-I’ll-just-go-watch-TV — it helps me to remember that even on the most complex sessions, I’m never more than 5 steps away from finishing.

Sure, there might be 50 sub-steps under each major step, but there IS an end in site, and if you don’t give yourself some sort of yardstick to measure your progress, you’ll remain in a constant state of overwhelm.

Where are you in the process?

Ask yourself that question. Are you at Step 2? Great. Now ask yourself what you have to do to get to Step 3. Record vocals and lead guitar? Great! Now you have a game plan. Do nothing else until those two things are done.

I know it’s easy to jump from recording to editing to mixing BACK to recording, but if you’re struggling with getting anything done, then I strongly urge you to take it one step at a time. Don’t let yourself get lost in mixing if the tracks aren’t even completely recorded yet. You can’t make great mix decisions until you have all the pieces in place.

It’s the same with editing. Don’t edit the daylights out of a guitar track until everything else has been recorded. You may find (and I’ve done this a LOT) that once all the other parts are recorded, the seemingly obvious mistakes on the guitar track are nearly impossible to hear. You could’ve saved yourself a couple hours of work by just saving the editing until ALL the recording was done.

You can see where I’m going with this. If you have a 21-step process to recording, that’s great, but maybe that’s too much. Slim it down to these 5 steps, then work your way through them.

Not sure how to work your way through them? In the next 5 blog posts, I’ll dive into each one and spell it out for you, and hopefully give you some tips you can apply to that song you’re working on right now.

If you’ve hung around HSC for a few years, then you may remember my very first class I ever ran. It was over two years ago (can you believe that?). It was called the Production Club, and in it I walked through the entire production process on a song from start to finish.

Well, it’s time for me to launch another class. But this time, it’s 16 weeks, brand new material, and more in-depth than ever.