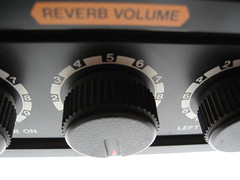 When I say reverb what comes to mind? How about delay?

For a lot of people who are just starting out with recording and mixing, they may think that reverb is that awesome plugin you use to make everything sound like it’s in a cathedral. And when they think of delay you may think of The Edge from U2.

The truth is, there is SO MUCH you can do with reverb and delay to enhance your mixes, and the most effective ways are usually the most subtle. I don’t use huge cathedrals and dotted eighth-note delays all the time, but I do use both reverb and delay plugins on almost every mix I do.

How do you pick between the two?

Too Much of a Good Thing

I’ve said this before, one of the sure signs of an amateur mix is too much reverb. The same is true for delay, or really any effect. You get so excited about this new plugin, and it sounds SO good in your ears that you don’t realize that your entire rock mix is drowning in a huge hall reverb.

Subtlety is your friend. A good rule of thumb for dealing with reverb and delay? If it’s obviously there, you probably used too much. Of course you want people to hear it, but you don’t want it to be so loud that it’s distracting. It can be a tough balance.

There are times where a big huge delay or reverb is perfectly appropriate, but for the most part you want to keep it simple, keep it subtle.

If you’re debating whether to use reverb or delay in your mix, reach for the reverb first. And don’t go crazy with a bunch of different reverbs. You probably don’t need a separate reverb for drums, vocals, guitars, and keys.

Here’s what I do. I’ll set up a single “Large Room”-style reverb and I’ll sometimes set up a second reverb for my drums (depending on how much I like the sound of the room mics).

The job of the drum reverb is to be my room sound. Room mics sometimes don’t cut it. Or maybe you record drums in a small room, but you want them to sound like they were recorded in a bigger room. That’s how I use reverb for drums. I want it to sound like a pair of room mics in a nice big studio. So I send a small amount of the snare, toms, and sometimes the overheads to a dedicated drum reverb. The same rule applies. If the reverb is obvious, I turn it down.

My Large Room reverb is for everything else. I’ll run a little bit of vocals, guitars, keys, pretty much a little bit of everything in the mix except for drums and bass (bass + reverb = mud). The purpose of this reverb is to simply give the mix some space. I’m not looking for a big long decay and a huge cathedral sound here. I’m keeping the decay under 1 second. The idea here is to make all the instruments sound less “in your face” and more “in your room.”

If you record everything in your studio one-track-at-a-time, you’ll end up with a bunch of nice, clean tracks. The problem is that they can sometimes sound dry. The solution? Add in some reverb. If done well, you won’t be able to hear it too much. You’ll just notice that the tracks have some space and seem to be more “glued” together.

When to Use Delay

Delay can obviously be used as an effect, like The Edge’s signature dotted eighth-note guitar delay. But did you know that a delay can do a lot of the same things a reverb does?

Sometimes if a reverb simply isn’t giving me the space I want without making the mix sound too washed out, I’ll reach for a delay. Sometimes a simple slap-delay is exactly what I need. Reverbs have tails to them, and sometimes those tails can be GREAT for a mix, and sometimes they can just cause more muddyness and confusion in the mix. That’s when a delay can come in handy, since it’s simply a delayed signal without all the decay of a reverb.

A nice, short stereo delay can give your tracks that sense of space without hogging up a bunch of real estate in the mix. A longer stereo delay can make guitar and background vocal tracks sound much softer and more roomy. It’s great for getting that warm, thick sound out of those bed tracks.

My advice to you? Try both reverb and delays. Mess around with them and see if you can get some interesting sounds out of them. You never know until you try. And remember to keep things subtle.

The best mixes are usually the ones with a bunch of small, subtle pieces of “ear candy” throughout the song. Mmmm…candy…

If you want to dive in deeper, become a VIP member, and you’ll have access to my Understanding Reverb & Delay training, plus a bunch of extra goodies.