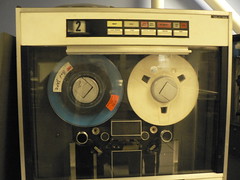 Now that you’ve done some good pre-production on the song, the next step is to start recording, right?

Some people spend way too much time recording, agonizing over every single track until the song loses all its energy. Others breeze through the recording process as fast as they can, just so they can get straight to mixing. (Which of these describes you? I tend to fall into the second category.)

Whether you’re too fast or too slow, the recording process is so crucial to the rest of the process. These Production Steps all build on one another. If you don’t do a good job on one step and move on to the next, don’t expect awesome results.

The Key to Better Mixes

If I was to ask you, “What’s the key to great-sounding mixes?” what would your answer be? Would you spit out some of the more common answers, like acoustic treatment, great monitors, good converters, nice plug-ins, good ears, lots of experience, good EQ and compression skills?

While all of those are great…if that’s where your mind goes when I ask you about how to get great mixes, then you might need to reboot a bit. Here’s what I mean.

A fantastic mix will always begin with fantastic tracks.

When you finish step 2 and move on to editing and mixing, you should be able to simply hit play in Pro Tools, with no plug-ins whatsoever, and hear a nice-sounding mix. If you can’t, then you probably dropped the ball somewhere in the recording process.

Mixing should be all about enhancing an already-great-sounding recording…not fixing a bad one. That’s why it’s so crucial for you to think about your mix while you’re recording. Mix with the microphones. Do whatever it takes to capture the sound your mix is going to need.

Get it Right at the Source

If you suffer from the “fix it in the mix” mentality, your mixes are going to suffer, too. You simply can’t expect a couple of plugins to fix a mediocre track. You can’t expect AutoTune to make a crappy singer sound like Freddie Mercury. It just doesn’t work that way.

Rather than being lazy during the recording process, work extra hard to make the recordings sound great, then the REST of the steps (editing, mixing, mastering) will be much easier. Do yourself a favor.

If you’re not sure HOW to get it right at the source, just start trying stuff. Move that microphone around. Mess with the tone controls on that bass guitar, simply try new things. And if you haven’t read it yet, check out my simple recording formula for getting better recordings every time.

If you tend to rush through recording, just slow down a bit. Give yourself a few extra days or weeks to get it right.

If you tend to drag out the recording process for forever, wake up and realize that 28 takes of bass guitar probably isn’t going to produce a killer-sounding track. AND you’re just making more work for yourself in the editing phase. I tend to record 1-5 takes of any instrument. Anything more than that is simply overkill.

If I haven’t made my point clear, let me try it one more time. The Recording phase is SO…IMPORTANT. Don’t gloss over it. Don’t let yourself off the hook when that guitar track just doesn’t sound “right.” Swallow your pride and go back and change something. Some of my best recordings almost ALWAYS come on the second attempt, after I move the mic or change a setting. There’s nothing wrong with changing things. In fact, that’s the sign of a mature engineer.

Do you agree? Disagree? Leave a comment and let me know!

And if you want to see how I go through the entire production process, and watch how I set up microphones, make mistakes, make corrections, and get great-sounding recordings right here in my home studio, then join the Production Club. The doors are open for a brief time, then we’re diving headlong into finishing a song from start to finish. It’s all delivered via download. You can join from anywhere in the world. Check it out now!