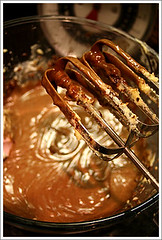 Mixing is ridiculously fun. It’s one of my favorite parts of the process.

Sadly, though, people tend to put almost too much emphasis on mixing, so much so that they don’t take the time to properly plan, record, and edit their tracks. Those steps really need to come first before you start mixing.

Once you’re ready to mix, though, let the fun begin! Here are 6 tips to help you stay on track with your mixing. This is what I do when I mix, and I love the results I’m getting. 🙂

Before you start adding tons of plugins, start with a completely blank session. Remove all plugins, leaving you with only the raw tracks. Now, spend time mixing THOSE.

A huge key to getting a great-sounding mix is simply balancing everything properly. If the kick drum isn’t loud enough, you might be tempted to over-compress or slap a big EQ boost on it to make it cut through…when in reality you probably just needed to turn it up. That’s why getting a great-sounding static mix BEFORE adding any plugins is a great way to start.

Plus, it let’s you get a healthy level to your mix bus, so you’re not constantly playing the game of adding new tracks, then having to turn everything down to keep from clipping your mix bus.

And don’t just take my word for it. Jack Joseph Puig says it very eloquently in this video:

2. Stay in Mono for a While

This is a tough one. It’s hard to listen to your tracks in mono when you KNOW how awesome they could sound in stereo, but just try it. I’ve found time and time again that any decisions I make while listening to everything in mono always give me better results in stereo. Why? Because mono has a way of exposing flaws.

If there are phase issues between the kick drum and the overheads, you’ll hear it in mono, and you can address it by flipping the phase of the kick drum.

If the bass and kick drum aren’t playing nicely together, you can hear the low-mid buildup much better in mono. It’s more difficult to make sound great, but once you do then it sounds even BETTER in stereo.

Give it a shot. If you can get your mix to sound amazing in mono, you’re going to be blown away with how good it sounds in stereo.

This is a tough habit to break, but make it a point to try it on the next song you mix. When reaching for that EQ or that compressor, go easy on the solo button. Oftentimes the decisions you make while listening in solo won’t be the right decisions for the mix. It might make that vocal track sound amazing by itself, but it won’t help it sit well in the mix.

Compare mixing to cooking. You wouldn’t try to bake a cake, but keep the eggs separate from the rest of the batter, right? You mix them all together to get the outcome you want. It’s the same with mixing a song. You can’t keep everything separate and mix in solo. That’s not mixing. That’s tweaking single tracks. Nobody wants to hear your kick drum by itself. They want to hear an awesome mix with a great-sounding kick drum. There’s a huge difference.

That’s why I don’t use EQ presets. What that particular track needs should be determined by what’s happening in the rest of the mix, and that’s different for every song, every situation. No preset can predict that for you.

As hard as it is to be minimalistic, give it a shot. Don’t just throw an EQ and compressor on a track if it doesn’t need it. Listen to the track, determine what it needs. If the answer is EQ, then use EQ. If the answer is nothing, then leave it alone!

If you did your job properly during the recording phase, there might be tracks you don’t have to change at all to get them to sit well in the mix.

I’m all for EQ and compression, but don’t use them by default.

5. Give Your Ears a Break

Ears are sneaky little creatures. They can make you ignore really obvious problems in your mix. If you’ve been mixing for three hours, and you’re really excited about the mix, great! But take a break, come back and listen to it a few hours or days later. You might find that there were some major issues that your ears simply got accustomed to hearing.

A nice ear re-boot is always nice. One of my subscribers emailed me about a technique he heard of some mix engineers doing, when they’re under a deadline and don’t have time to take a few hours off. They’ll listen to pink noise for a few minutes. It sort of resets their ears and lets them hear clearly again. I haven’t tried it, but it sounds interesting.

Deadlines make you work faster. They also make you focus on the important decisions. Is it REALLY that important to A/B two different reverb tails that only differ by 20 ms?

If you don’t have SOME sort of deadline, you could end up mixing for days and days. I’ve found that sometimes if I mix a song TOO much I end up going backwards. What WAS sounding like a great mix starts to sound worse as I overmix things.

So those are a few tips that should help you start cranking out better mixes. Want me to show you my exact process for mixing an entire song? Want to see my entire recording process from start to finish? No scripts, no fancy video editing, just me in my studio, making music, making mistakes, making things happen.

I’d love to have you. Class starts tomorrow.