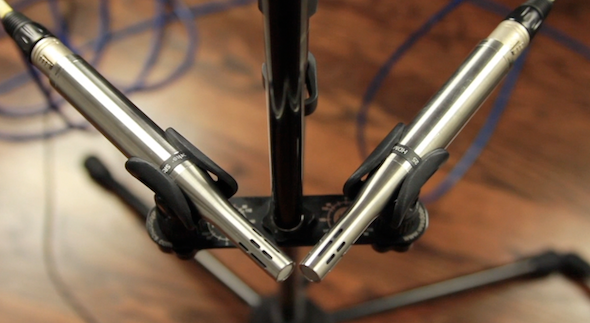 If you record acoustic guitar, then chances are you’ve either played around with stereo recording or at least thought about it. But maybe you’re not sure which techniques to use and the pros and cons of each.

I think I can help.

I’ve recorded acoustic guitar more than any other instrument, so I’ve spent countless hours of quality time with my guitar and a pair of microphones. And I’ve gotten pretty good at getting great acoustic guitar tone.

What is stereo recording?

Stereo mic techniques can be applied to any acoustic instrument – drum overheads, piano, cello, upright bass, choirs. I’ve used these same stereo techniques on all these instruments. So even if you don’t record acoustic guitar, keep reading. These techniques apply to all kinds of recording situations, and it’s good to be familiar with them.

Mono recording (using only one microphone) is still very useful. There are plenty of times where I’ll simply use one microphone on acoustic guitar, especially if it’s for a bigger production where the guitar is playing a minor role. If the guitar is a big focus of the song, then I’ll probably stereo-mic it.

Check out these two articles for more on stereo vs. mono recording:

Here are 5 stereo-mic techniques I use fairly regularly. All but #4 can be applied to almost any instrument.

Imagine taking two identical tracks in your DAW and delaying one by a few milliseconds. (Go try it if you’ve never done it.) What happens? Things start sounding thin. That’s what happens when your two mics are out of phse.

With the XY technique, the mics are essentially at the same point in time, so any signal will hit both microphones at roughly the same time. It essentially gets rid of phase issues.

Cons – not as “wide” of an image as other techniques 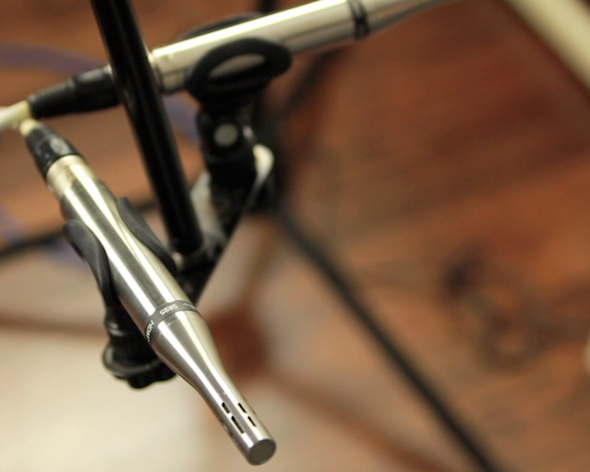 ORTF (it stands for some French phrase) is essentially taking the XY technique and flipping them outwards instead of inwards. The idea here is to create a recording that sounds very close to how the human ears hear.

The mics are approximately at the same distance and angle as our ears. On headphones, this technique sounds incredible. It’s as if you’re sitting in front of the guitar listening yourself. (For specific specs on ORTF, click here.) 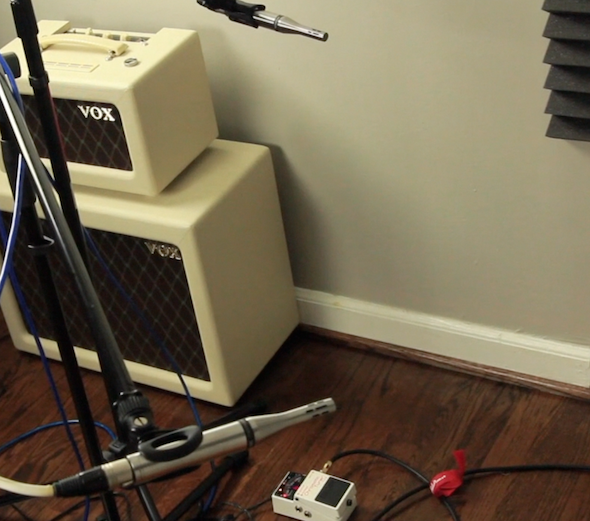 Spaced pair is just like it sounds. You set up two microphones spaced out, facing the instrument. Spaced pair is the most susceptible to phase issues. I almost never get it right the first time. It requires a lot of attention and listening to get it right.

Spaced pair can give you a huge, wide sound, but only if you get the two mics in phase. The way I normally go about making sure they’re in phase is to listen to the mics in mono. I’ll pan both tracks to the center, and move the mics around until the mono signal sounds nice and full. If the sound is missing a lot of bass and sounds phasey, I know the mics aren’t in phase yet.

Oftentimes just moving one mic a few inches will fix the problem. Once the mono signal sounds full and huge, you’re ready. The stereo signal will be enormous. Be careful, though. If the guitarist moves or rotates a bit, you might be back out of phase again. 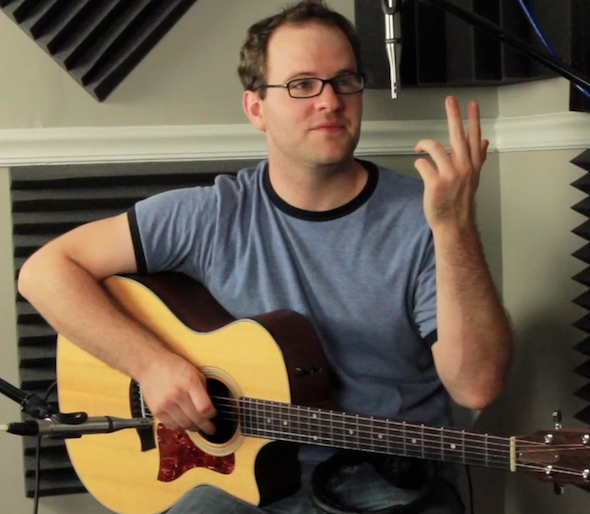 Over-the-shoulder is a technique I’ve only used occasionally. Essentially you put a mono mic in front of the guitar and another mic over the neck pointing down. While this isn’t a “true” stereo technique, a lot of engineers use this as their default setup for recording acoustic guitar.

I find it to be a bit fickle. The front mic captures the body of the instrument, while the shoulder mic only captures the higher-end sound and pick noise. That means I can’t really pan these very wide without it sounding funny.

It can give an interesting stereo image with lots of fret noise, if that’s what the song needs.

Guitarists tend to like this technique because it sounds a lot like the guitar sounds to their ears when they’re playing it.

Pros – if shoulder mic doesn’t work, you can still use the front mic as a mono mic; grabs more finger/fret noise and “air”

Cons – not really a L/R stereo technique, tends to capture a lot of pick noise, phase issues are still a concern 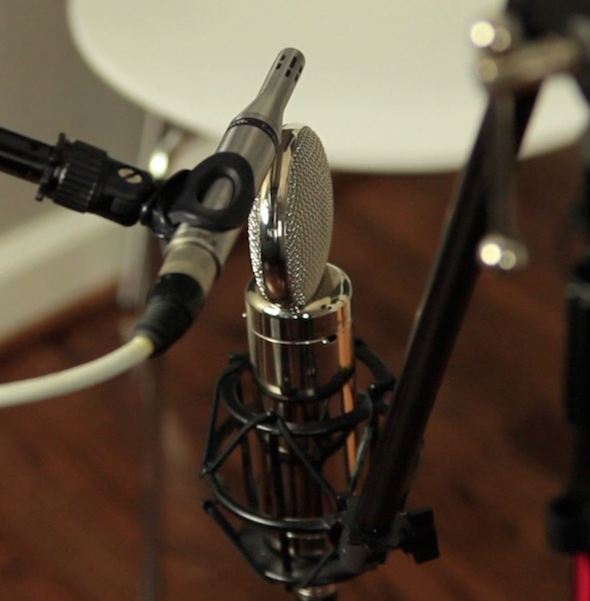 Mid-side is the most complex technique, but it’s pretty cool. The setup is one cardioid (or omni) microphone pointed at the guitar and another figure-8 microphone facing perpendicular to the first mic.

Like the XY technique, mid-side doesn’t tend to have many phase issues, because the mic capsules are so close together. If your room is noisy or not very well treated acoustically, then this technique might not be for you, as the sid mic is picking up everything to the left and right of the guitar (your room).

Cons – more complex/confusing to set up, having too many choices may bog you down later, harder to ‘commit’ to a sound

If you want to learn more…

The images in today’s post are straight from the content within my Recording Acoustic Guitar course. If you’re interested in learning everything there is to know about recording an acoustic guitar (both in mono and stereo), then check it out. You’ll learn how I record acoustic guitar, and you’ll get to hear all these techniques in action. It’s a LOT of fun. Click here to check it out.

Do you use any of these techniques? There are plenty more stereo techniques, but these are the five I like to use. Which ones do you like? Which ones are you going to try next? Leave a comment and let us know!