You can divide one year evenly into four 13-week chunks.

I’ve set four 13-week goals. I’m going to spend the next 4 weeks going after those goals HARD. I’ll write them down every day, track my progress every day, and review them weekly. Then I’ll start over on July 2nd and do it again. END_OF_DOCUMENT_TOKEN_TO_BE_REPLACED

I won’t get into all the details, but at different times throughout the last 8 months, Pam and I have each struggled with depression and motivation. We’ve both been through fairly long seasons of feeling incapable of doing all the things we want to do.

While I know there are many, MANY factors at play, and everyone is different, I wanted to share some things that have worked for me.

Before I begin, though, I have to say that a huge part of why some people lose motivation has to do with chemical imbalance or other psychological or physiological problems. There is absolutely a need for medical intervention if the problem gets to a point where you can’t function.

But once you get back to “functional,” what then?

I’ve changed over the years. Mostly for good, I think.

I used to be obsessed with work. Workaholic is a good word for it. I was motivated, hard-working, obsessed. I derived much of my self-worth from how I was doing, how well I was performing, how much money I was making.

It’s a slippery slope. As soon as I would reach one milestone, I would celebrate for about 8 seconds, then focus my attention on the next milestone…and the next…and the next. I would have a big breakthrough or a successful product launch, and I would be bummed out, because it wasn’t “bigger.”

END_OF_DOCUMENT_TOKEN_TO_BE_REPLACED 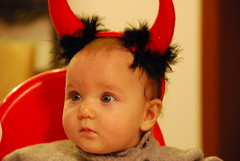 You know I couldn’t let Halloween go by without some sort of Halloween-themed post, right? Right.

I’ve had plenty of “scary moments” over the years in my studio. After all, you put your blood, sweat, and tears into the thing, an it definitely hurts when things don’t go exactly as planned.

If you’re just starting out, here are a few things you want to avoid as much as possible. If you’ve been recording for years, you should read this too and make sure you’re not getting lazy. Any of these can happen, and most of them are avoidable. END_OF_DOCUMENT_TOKEN_TO_BE_REPLACED